Read on to learn how.

If the dataset has a column describing the "Birth Country" of people (for example, Nobel winners), you can analyze the country information to identify number of people (winners) per country. Keshif will automatically create a rich map that shows the number of the winners across all countries.

If the dataset is a list of countries, with columns describing data per country (such as population or GDP per capita), each record (country) identifies a unique location.

With automated Keshif maps, you can geographically analyze all countries, or regions in data, by their various numeric, categorical, or even time-series features. 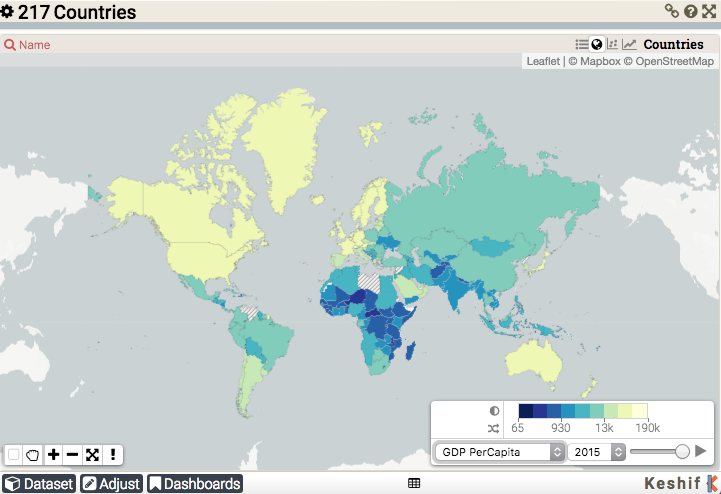 You can read an overview of other chart types in Keshif in our blog.