Keshif converts categorical data to regional maps using geo-naming standards, which are based on OpenStreetMap data on administrative boundaries. Variations and different language version can be detected as long as the names appear on the standards table.

The type of analysis and interaction options within the map depends on how the geographic feature appears in your dataset.

In the Nobel Prize Winners dataset, "Birth Country" feature (column) of each winner (row) can group winners together. The corresponding data analysis will focus on distribution characteristics of the winners. For example, you can identify which countries have more winners over time, and in a specific prize category. 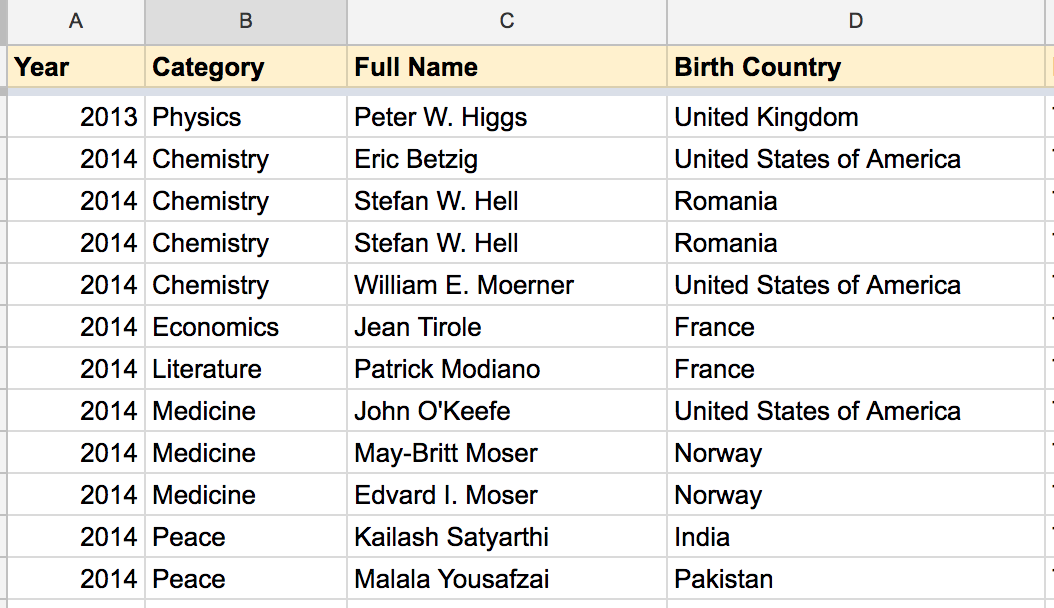 In the World development indicators dataset, each row is a unique country, and columns include per-country information such as GDP and population.

To add the map, use the derive option within the dataset attributes panel. Inserting such an attribute into dashboard will display each record, using list-view option by default.

The corresponding data analysis on the map will focus on characteristics of individual countries. For example, you can identify which countries have higher GDP-Per capita or lower urbanization.

When your data has "latitude" and "longitude" fields, Keshif can automatically create point-maps to show the geographic trends of your data.  To help Keshif recognize the point locations, use Keshif's unique " Boost" feature, and confirm the point locations fields that Keshif detected.

In the example Volcanic eruptions dataset, the location of each eruption (row) is stored in two columns, called "Latitude" and "Longitude". 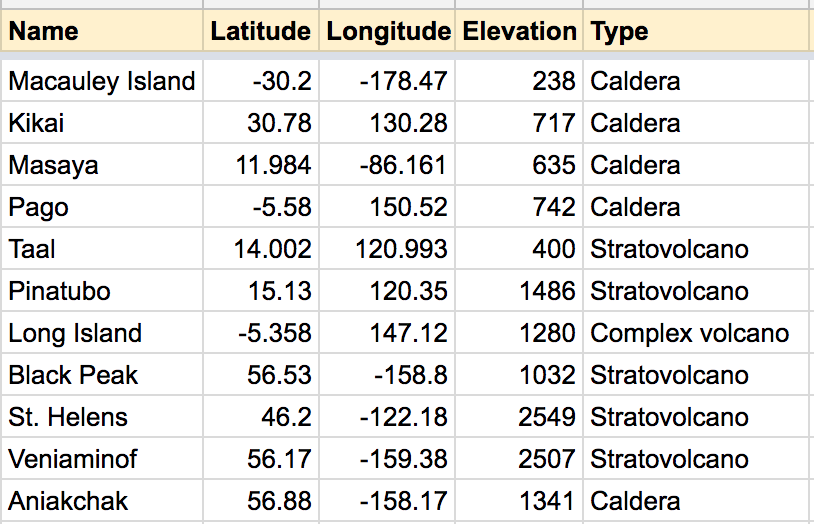 Note: Your data needs to include columns with name "latitude", "longitude", "lat", "long" and their variations for Keshif to automatically detect the point locations. If point data is  not recognized, please check your column / attribute names in the dataset.

The list of standard region names are noted here. If the missing place names are mis-spelled, please update your source data, and re-load the Keshif dashboard.

If you want to include alternative shapefiles, please contact us via email.