You can discover new trends in compared data groups by visualizing them using relative or absolute breakdown charts.

You can switch the mode with just a single click, and use stacked or side-by-side charts with both breakdown modes. All aggregate charts in a dashboard use the same breakdown mode.

How can you set breakdown mode to absolute or relative? 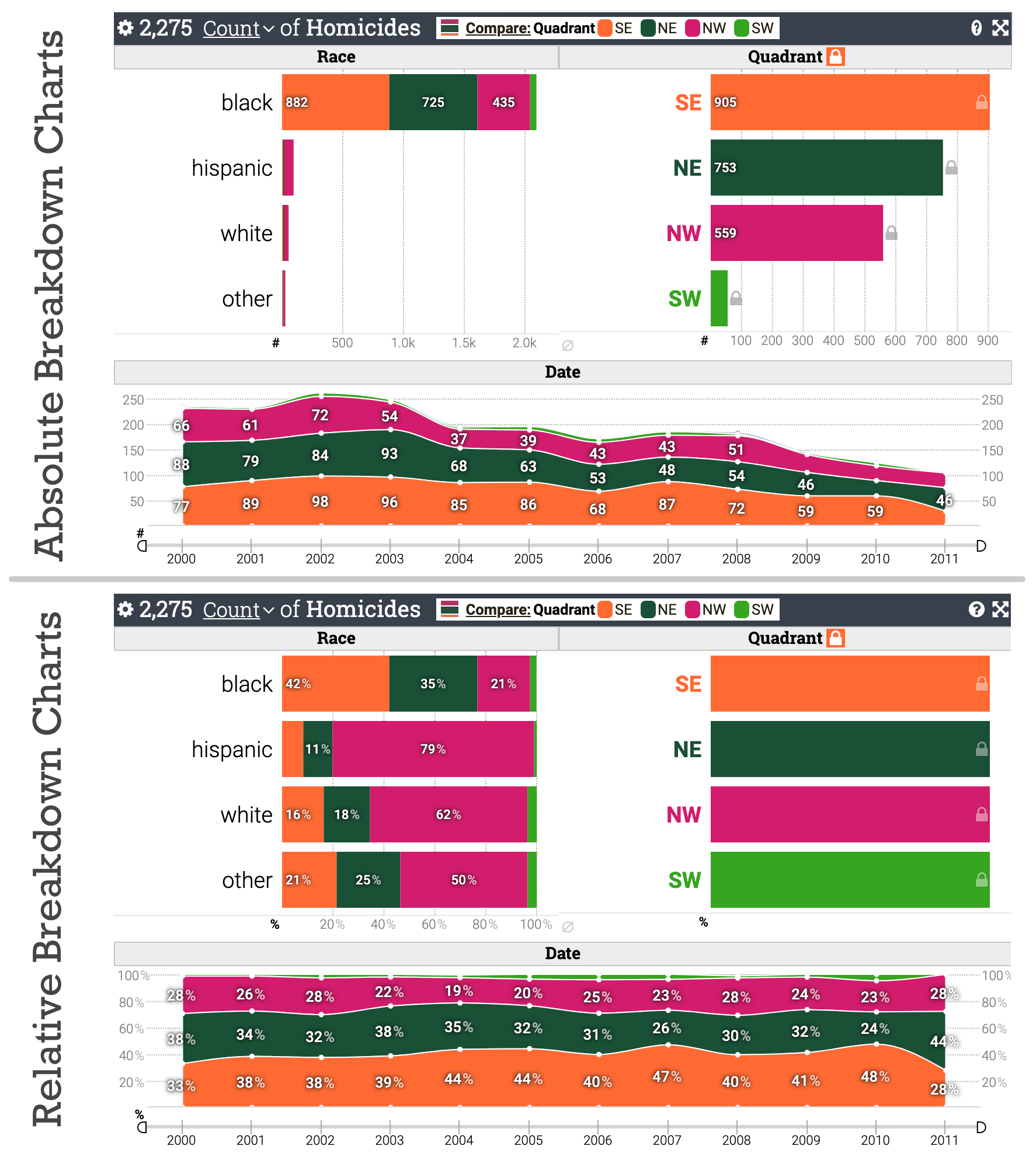 Analysis of homicides on hispanic race in NW quadrant:

Relative mode: 79% (76/96) of the hispanic cases are in NW. The relative quadrant breakdown makes it easier to observe trends by race and quadrant.

Analysis over date by quadrant:

Absolute mode: Time-chart emphasizes the downward trend of homicide cases over time. In 2009, the total number dropped below 150 for the first time since 2000.

Relative mode: Time-chart reveals the relative number of homicides per four quadrants over time (measured annually). In 2009, NW (violet color) had 24% of the incidents, compared to 28% of the incidents in the previous year.

When can you analyze data with relative breakdown?

Keshif helps you prevent misleading data analysis when relative breakdowns would be inaccurate or inappropriate. Specifically,

When you remove compared selections, the relative breakdown will be auto-disabled.