When comparing or highlighting record groups, the record list chart visualization is automatically updated to reveal which records appear in each selected group.

Specifically, Keshif adds colored point-marks next to each record, and colors are assigned per compared group. When bar charts are active, the color of the bars are also updated, emphasizing the group comparisons and enriching the dashboard view.

In grid-type view, the point markers are added inside record boxes as well.

If comparing with a multi-valued categorical attributes, a single record can belong to multiple groups. With its automated design, Keshif adjusts the visualization to show multiple colors in such cases. 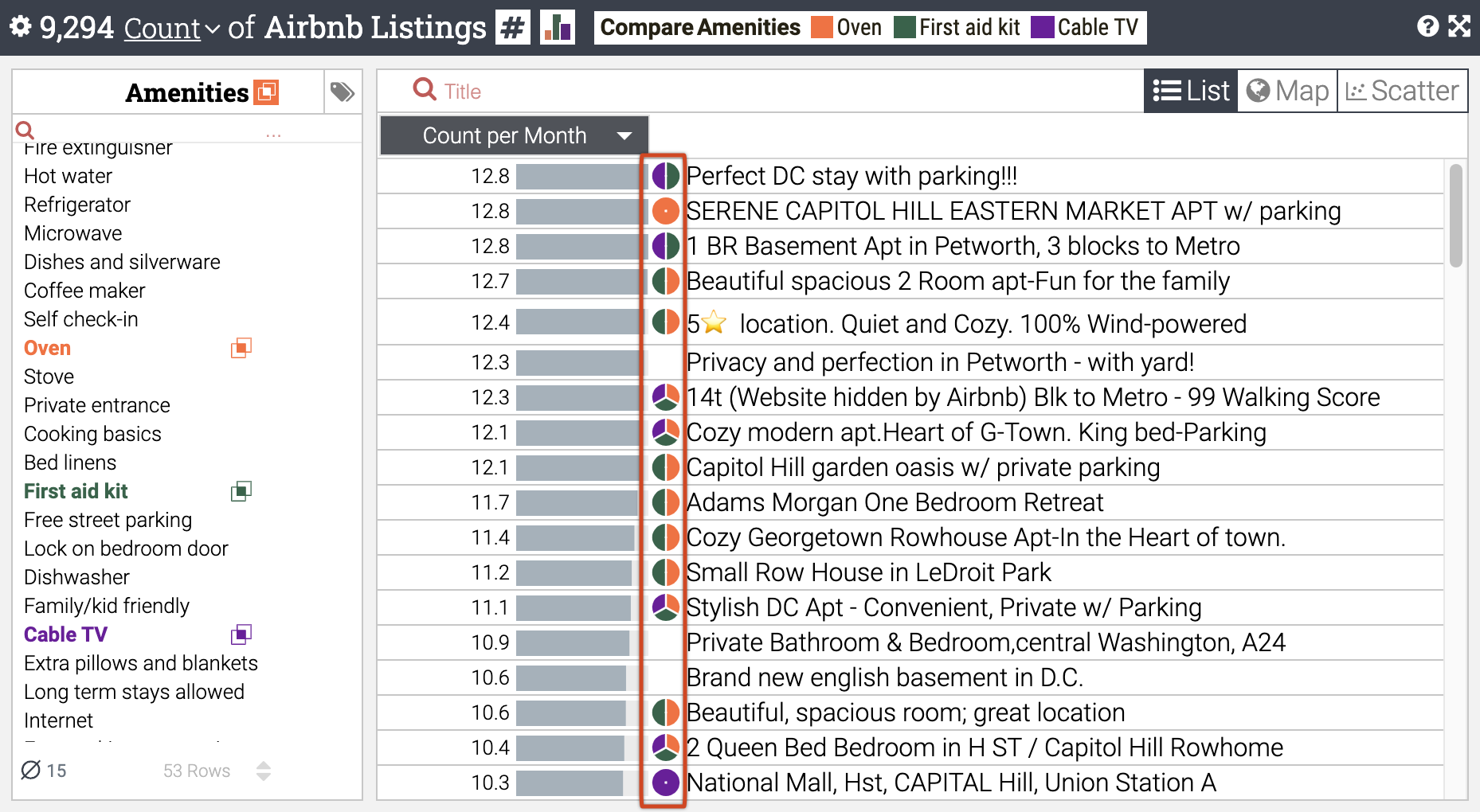